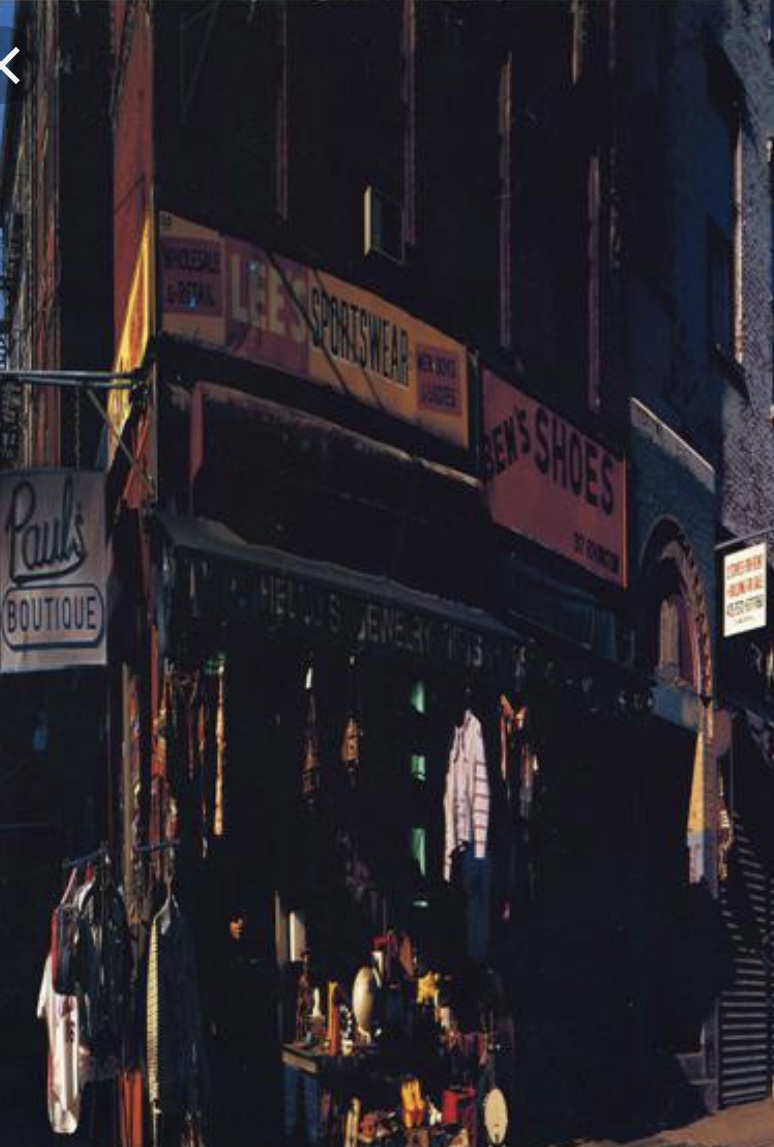 It took me a little while after this was released to actually give this a listen – but thankfully once I did I was fully sold on the awesome sounds reverberating around my headspace.

My love for the Beastie Boys started with a cassette copy of Licensed To Ill (1986) that as soon as I pressed play on my Walkman at the age of 8 years old I was mesmerised. I’d never heard anything like it! I was starting to hear snatches of rap/hip hop/scratching from records such as ‘Pump Up The Volume’ by M/A/R/R/S that were being played on the radio or Top Of The Pops and was intrigued by the totally different sounds being created. Compared to the pop and rock stuff I had begun to really enjoy (Guns N’ Roses, Black Sabbath, The Rolling Stones – basically my Dad’s record collection) this was something new, something fresh.

And then along comes a band that combined elements of both. Rapping over sampled beats and big distorted guitar riffs, with crazy personalities and the look and feel of rock stars, this was a band that hit huge with massive sales (and equal amounts of controversy to match!!). Could they get any cooler? Well, of course they could!!

It didn’t feel like that at the time though. The reason for the delay in my listening to this stone cold classic album was that I was put off by the reviews I was reading. It wasn’t favourably received on release, mainly due to the fact that it wasn’t Licensed To Ill Part II and also because they were no longer acting the fool and were trying to leave the chaos of the previous few years behind. They were maturing, already growing embarrassed by some of their previous antics (giant inflatable penises, scantily clad women dancing in cages on stage) and wanting to showcase the amazing artists they actually were. The world wasn’t quite ready/didn’t want to accept it and neither was a 9 year old me.

Flash forward a couple of years and I finally bit the bullet and bought this album on second hand tape. It ended up being the absolute right choice and led me to not only loving the album itself but opening up my world to more hip hop, funk, reggae and soul. The production on this album is absolutely incredible, The Dust Brothers use their DJ skills and the art of multi-track sampling (105 songs are sampled across the album) to create a sound collage unlike anything heard before. There’s no big hit single or party anthem like ‘Fight For Your Right’ from their debut but it makes for something even better – an album you can listen to and fully immerse yourself in from start to finish.

Having such a wonderous tapestry of sound to let rip over allows the three MC’s to spit out some of the best rhymes of their career. Still allowing their fun, individual styles to shine through but losing the more misogynistic and frat boy esque lyrics from their debut, they might not quite be the Buddhist, enlightened guys they would become but they’re taking steps to widen their scope. Each member has a distinct flow and their triple mic attacks, where they finish off each other’s sentences, is one of the coolest rhyme techniques in all of hip hop.

The two standout tracks are ‘Egg Man’ and ‘The Sounds Of Science’, both of which combine the use of awesome sampling with raps that just flow seamlessly alongside the busy, hectic backing. The sample of ‘The End’ by The Beatles on ‘The Sounds Of Science’ in particular is an inspired choice. It was this album and Three Feet High And Rising (1989) by De La Soul that took the sampling style to the next level but also sounded it’s death toll as it led to sampled artists gathering up the lawyers and beginning the lawsuits.

The Beastie Boys went on to release quality albums for the rest of their career and regain the popularity and critical acclaim that took a bit of a detour around the time of this album’s emergence. The Dust Brothers have had a successful but strange career, on one hand helping to craft another superb album, Odelay (1996) alongside Beck and on the other hand being the producers responsible for ‘MMMBop’ by Hanson and working with Santana on the Supernatural (1999) album. Neither set of artists did anything to top this magnificent record though.

Quite rightly now critically acclaimed and recognised as an important piece of work, if you’ve never heard this before then I wholeheartedly recommend you add it to your listening list and be prepared to be amazed by one of the all time great hip hop records. Whilst you’re at it, Google the samples used, create a playlist and open your ears and mind to a whole world of music that will be sure to give you some new favourite jams. Unlike the reviews I listened to as a kid, trust this one and you won’t be disappointed.